According to a report by the United Nations, approx 3.8% of the world smoke marijuana at least once a year (roughly 270 million people). The United States is the second largest weed-smoking population in the world, where 16.3% of Americans smoke weed. For those wondering, first place goes to Iceland with just under 19% (1, 2). With such a noticeable population smoking pot, the biggest question on everyone’s mind is: should you smoke weed everyday? And if so, is it safe for the human body? What are the pros and cons of daily marijuana use?

Let’s take a closer look at the United States, where close to 9 million Americans smoke marijuana almost every day. Although most of these people smoke it recreationally, some use cannabis to combat medical or health-related issues such as pain relief, anxiety, depression, seizures and more.

However, we see this all the time in mainstream media. There are rappers/stoners such as Wiz Khalifa and Snoop Dogg who supposedly smoke huge amounts of marijuana on a daily basis.. and for the most part, they seem to be functioning well without any noticeable side effects. We’ve all heard the famous Nate Dogg “smoke weed every day” hook from Dr. Dre’s “The Next Episode” song (3). And it’s no surprise to know that almost a quarter of American teens smoke marijuana. 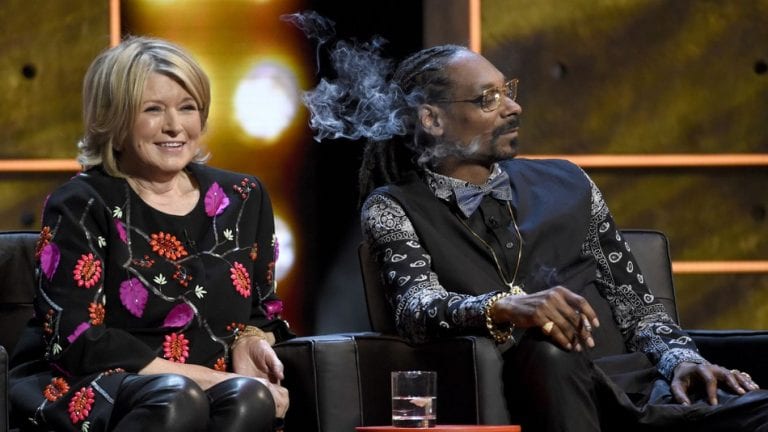 This isn’t just in America. All over the world, the number of people (especially teens) smoking marijuana continues to increase at a rapid rate. A report carried out by The Partnership at Drugfree.org claims 1 in 10 teens smoke marijuana at least 20 times per month (4). Most of these teenagers smoke weed recreationally – which brings us to the important question: should you smoke cannabis daily?

We looked at the pros and cons of smoking weed every day.

One of the biggest myths surrounding marijuana is that it can make you “couch locked”, lazy and unmotivated. This can definitely be the case, depending on the type of strain you smoke. For example, indica strains are usually notorious for their unique highs which can make you feel laid back, lazy and sleepy. However, the use of sativa strains instead could produce the opposite effects, giving you energy and motivation which may help you get through your daily tasks.

Marijuana has also proven to make you more creative. Many people in creative professional fields such as music or art consume marijuana in order to let their creative juices flow. Depending on the strain you smoke, weed can help you come up with fresh, outside the box ideas that you wouldn’t have normally thought of (5).

We tested various companies and found cbdMD to be the best for their effective CBD products. If this sounds interesting to you, we suggest looking into them! 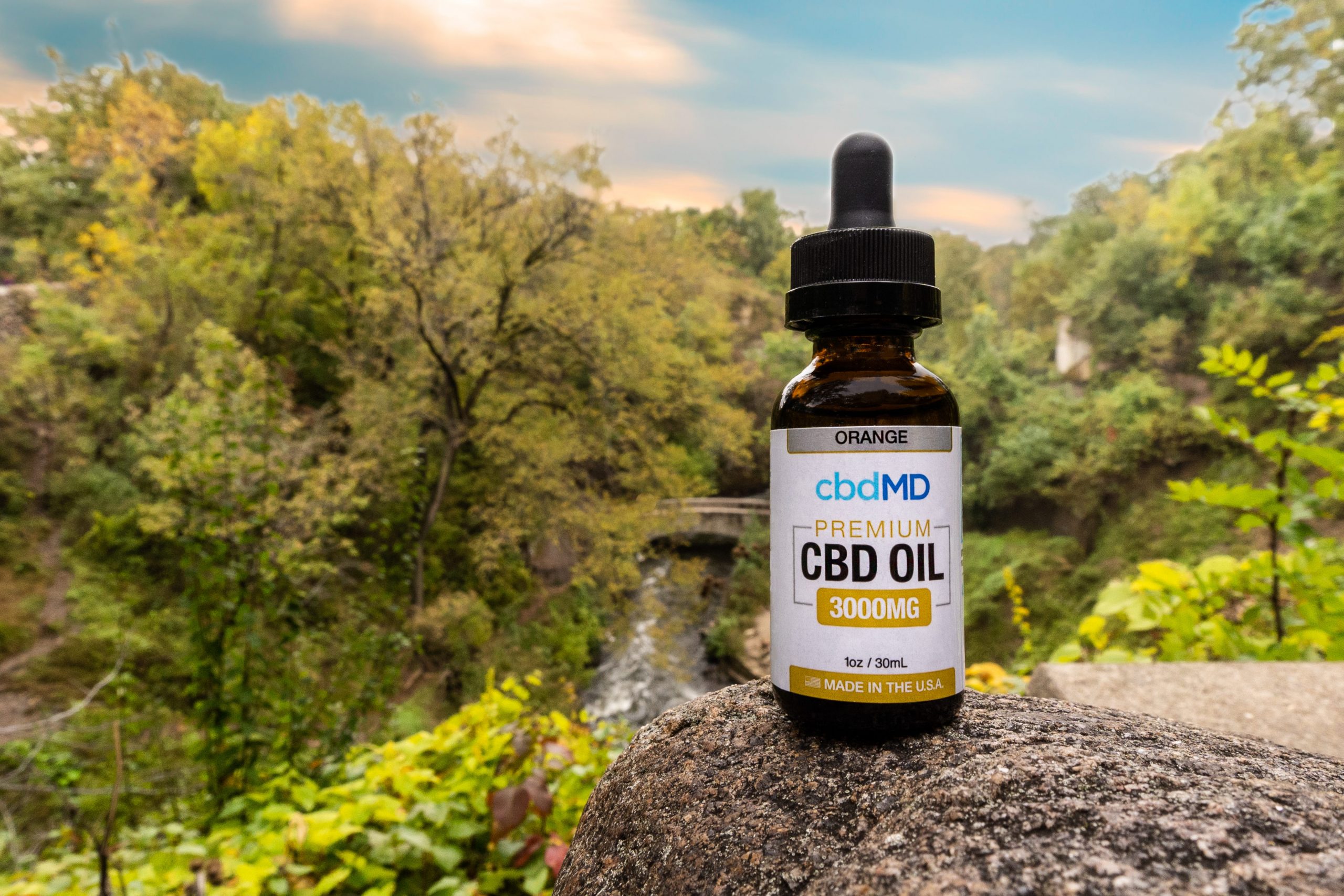 Many claim that cannabis use helps them maintain healthy blood pressure levels without the need for any additional medicine. When we did our research, we found that these claims were also supported by further studies (7, 8, 9, 10).

Sadly, many people in America pass away from opioid epidemics. In 2017, more than 70,000 Americans died from drug overdoses – mostly from illicit drugs and prescription opioids (11).

One of the obvious reasons people use opioids is to treat symptoms of medical conditions, but those same medical conditions could be treated (or assisted) with marijuana – without any of the harmful or life-threatening side effects.

A study carried out in 2016 in Michigan showed that medical cannabis resulted in a 64% decrease in opioid use (12).

A study carried out by German and Israeli scientists showed that marijuana can increase nerve cells in the brain (which in turn, could help with our ability to learn). Naturally, as we get older our cognitive abilities start to decrease. Smoking weed every day could slow down this cognitive decline and better protect your brain cells. Another article also claims the compounds in marijuana showed promising features in protecting brain cells from conditions such as Alzheimer’s and Parkinson’s (13, 14).

This one is a little strange since most people often associate cannabis with an increase in appetite. However, some studies have shown that regular marijuana use can actually make it easier to lose weight.

A study from 2013 reveals that marijuana users have a 16% lower fasting insulin compared to those who didn’t smoke (15). Those who smoke weed on a consistent, regular basis were also said to have consistently lower BMIs (body mass index) and were less likely to develop metabolic disorders (for example, diabetes).

There is also a lot of evidence to prove that high-stress levels could lead to weight gain. This isn’t surprising since we now live in a world where we’re busier than ever. Smoking marijuana daily (for example, at the end of the day before bed) could be a great way to get your stress levels down (16, 17). Another option is to look into the best CBD oils – which have shown to reduce a stress hormone known as cortisol.

Why Shouldn’t You Smoke Weed Daily?

As much as I’m a huge fan of marijuana, it would be silly to ignore the negatives (yes, there are negatives to smoking weed every day).

A study carried out by Professor Reto Auer and a team of researchers at the University of Lausanne concluded that those who smoked weed every day had weaker short-term memory by the time they reached middle age. This study was carried out with 3500 Americans over 20+ years (18).

To be precise, the study found that people who smoked weed every day for a long period of time (at least 5 years) had poorer short-term/verbal memory in middle age than people who didn’t smoke. If you smoke weed daily then you may be able to relate to this.

Here’s a fun interactive task for you. Click here for a free online short-term memory test. First, do the test when you are completely sober and awake. Take a note of your score and then repeat the test again after you’ve consumed marijuana.

Here are my results. 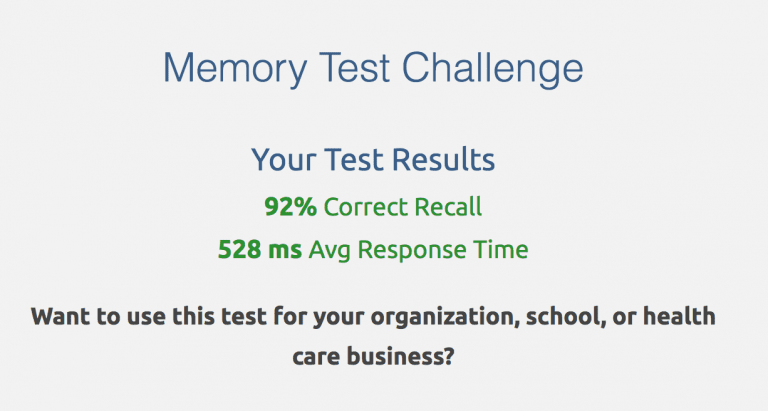 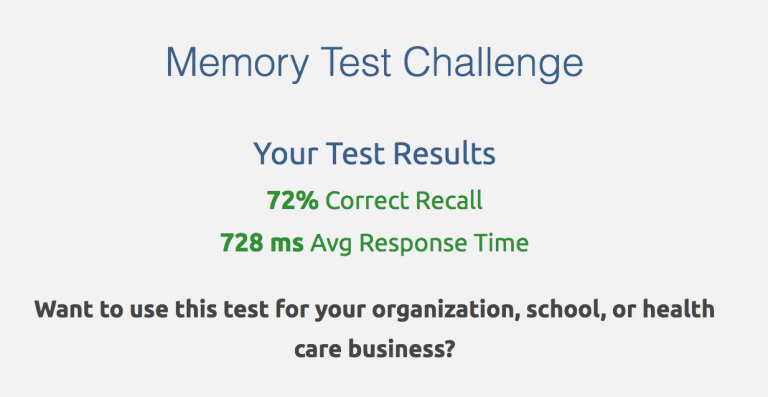 Definitely a noticeable difference. However, it must be noted that my results will differ from yours since other external factors will also come into play (for example, your results could vary depending on the type of strain you smoke).

Either way, it’s fair to say there is a clear connection between everyday marijuana consumption and short-term memory loss. The more cannabis you smoke, the worse your overall memory can be in the long run.

Consuming marijuana every day on a long-term scale (many years) could potentially affect your IQ. A report, published in the “Proceedings of the National Academy of Sciences” showed that teenagers who started smoking marijuana before the age of 18 had a higher chance of their IQ being affected (by up to 8 points) by the time they were 40 (19, 20).

However, it must be noted that this was only for teens who smoked weed aggressively on a daily basis (multiple times per day). For example, smoking weed just once every night did not seem to cause any negative effects to the IQ in the long run.

Although many users would claim that they’re “not addicted” and can “stop anytime”, several reports and research shows that marijuana can indeed be addictive. However, unlike other substances, marijuana has few very (possibly even none) withdrawal symptoms. To put this into perspective, let’s compare the addiction rate of other substances.

It is estimated that:

To summarize, marijuana isn’t as addictive when compared to other substances. For most people, regulating the consumption of marijuana is easy and straightforward. However, there will be a small percentage of users (who smoke weed heavily) who may feel dependent on it. Again, it all comes down to control and regulation. If you’re a heavy weed smoker, you’ll generally find it much tougher to quit completely. This is because after a long period of time your body adapts to the presence of THC and this results in higher tolerance levels. Due to this, you’ll need to consume larger amounts of marijuana in order to get “high” (21, 22).

Let’s put this all into perspective again. 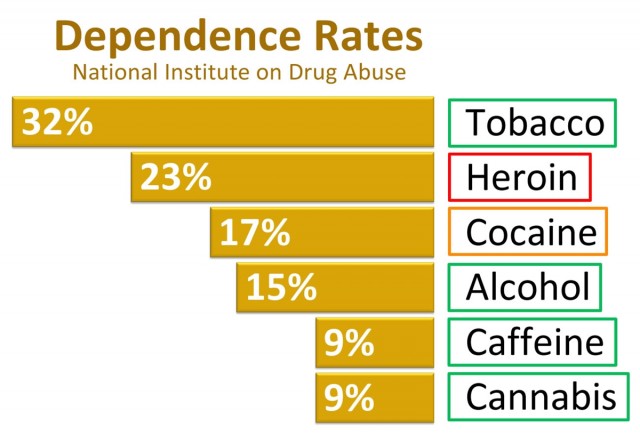 As you can see, the dependence rate for cannabis was the same as caffeine. Other drugs such as cocaine, heroin and tobacco had 2-4x the dependence rate. Is marijuana as addictive as other substances? No. But can it be addicting if consumed heavily? Yes.

Several reports claim that heavy use of marijuana could reduce testosterone levels and sperm count in men, which could lead to infertility.

In a large study that involved 1215 young men between the ages of 18 and 28, researchers found that “sperm concentration, total sperm count, the percentage of motile sperm, and percentage of morphologically normal forms were all lower among men smoking marijuana more than once per week.” (23)

However, there have also been various other contradicting reports which claim marijuana doesn’t affect testosterone or sperm count levels.

Dr. Pacey says, “it takes three months to produce sperm so… you’ve got to stop in June to see an improvement in August.” (24)

Another study by Kolodny found that a decrease in male testosterone was totally dependent on the dose. This means male testosterone levels would depend entirely on how heavily you consume marijuana. THC doesn’t stay in your body permanently, so the good news is you won’t have to quit smoking marijuana completely if you’re looking to have children and start a family. However, it’s advisable to temporarily stop smoking for a few months to increase your chances (25).

Although there are various ways of consuming marijuana, most people choose to smoke it either as a joint or a blunt. Studies show that daily weed smokers (who smoke heavily) have an increased risk of respiratory problems – such as chronic coughing, wheezing, higher levels of sputum and chronic bronchitis (26).

However, a simple solution to this would be to switch up your method of marijuana consumption. For example, you could try smoke-free ways of smoking such as using CBD oils or even making your own weed edibles.

Marijuana clearly has many well-known medicinal effects that have been proven time and time again to be a healthier treatment option compared to opioids (and other drugs).

At the end of the day, it’s up to you to weigh the pros and cons of marijuana and make an informed decision about whether daily marijuana usage is a good fit for your lifestyle. We’ve presented you with the facts; we’ll leave you to decide the rest.

For what it’s worth, I personally smoke weed on a daily basis (before bed) as this allows me to relax and get to sleep easily after a long day of work. Do I smoke it heavily multiple times every hour? No. Again, it all boils down to your lifestyle and your specific reasons for wanting to smoke marijuana every day. If you don’t want to smoke, but would like to experience the medical benefits, we suggest looking into CBD products such as CBD oil.

At QuitNet, we break down and simplify the cannabis plant. Our team includes medical doctors, natural health/wellness experts, and experienced CBD users. With our evidence-based, non-biased resource, QuitNet aims to be the #1 online CBD knowledge base.

Many CBD companies are just out to make a quick buck and don’t always have the health and safety of their consumers in mind. The QuitNet team aims to change that by holding each manufacturer accountable for the products that end up on the market.

We want to give you the best information available so you can make CBD purchases with confidence.